Adventures from a girl on the go

“Paddle, paddle, paddle!” is what I hear coming over my shoulder as I am kneeling in a narrow boat that’s about to either plunge over a small drop, become engulfed in a long wave train or flip to its side spilling us messily into swift water. My job at the bow is to keep paddling forward while bracing my paddle in the water for stability, navigate the rocks ahead and prepare myself for the oncoming wave train… all while hoping that we don’t take on too much water. Talk about overload.

Will doesn’t have it any easier, except that he is in his prime. He is perched confidently with his paddle down beneath the current, working it as a rudder, reading the river and directing us through the waves and rocks seamlessly. His gaze is steadily over my shoulder, scouting out the more than occasional rock that I miss and looking for a line that will hopefully take us down the river as one unit.

Growing up my family had a green Mad River Canoe that my dad would strap to the top of the truck (which was often loaded to the brim with camp essentials and the contents of mine and Rebecca’s room) and we would head north from Rhode Island; Our destination, anywhere but here. 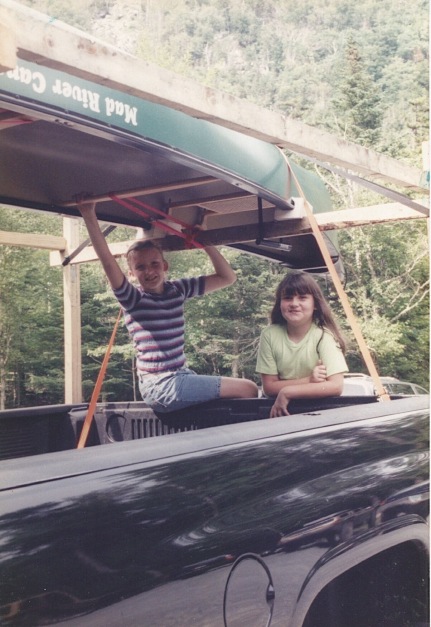 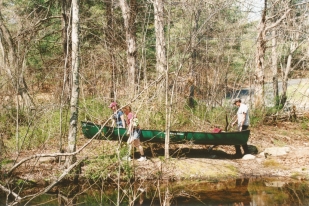 I spent most of my summers in and around the White Mountain National Forest of New Hampshire, eating moms pasta and red sauce by fire and washing blue enameled plates in a Tupperware dish bin. Rebecca and I would stay up as late as we could, fighting the unavoidable campfire daze till the very last minute. We would roll out our silver inflatable sleeping pads and relish the nights spent in our sleeping bags. While tuning out the sounds of dad’s snores, we would strain our ears listening for bears who were undoubtedly waiting for us to fall asleep before breaking into dad’s truck for our breakfast supplies.

We weren’t ‘vacationers’, we were ‘campers’.

However, canoeing for us was always simple and serene, like a picturesque moment out of an L.L.Bean catalog. Mom and Dad would paddle us through the lakes and ponds wearing matching life vests, as we collected Lilly pads, scoured the inlets for frogs and on night paddles, listened for moose while swatting away dragonflies. Call me naive (and I won’t deny it) but I never imagined taking a canoe down river through white water. We were outdoorsy folk, but we weren’t extreme. 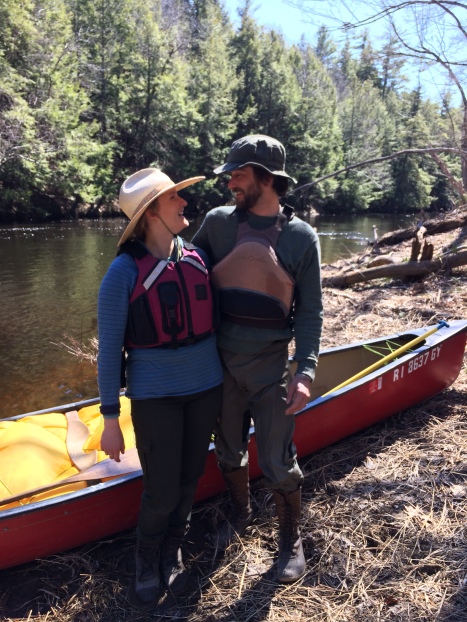 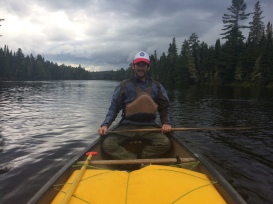 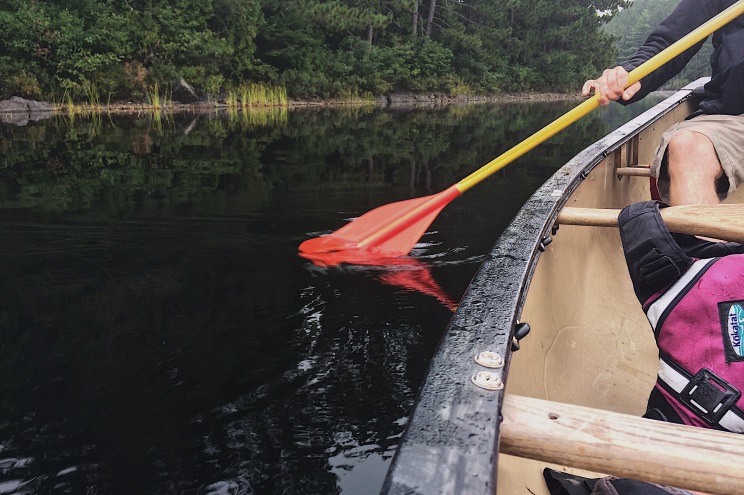 Processed with VSCO with f2 preset

That all changed when I met Will, and really got to know him. He was working for the Northern Forest Canoe Trail at the time, leading a trail crew through stewardship work just outside of Jackman, Maine. On his way back home, he would often stop into Grand Falls Hut of Maine Huts & Trails, where I was working at the time, to say hello and hang out. One afternoon he invited me down to the river to swim, as he intended to bring his canoe down to toy around within the wave train. I agreed, without realizing that that moment would begin what has now become a three-year journey of tandem canoeing together.

National Geographic, we are here and ready for our feature whenever you are. 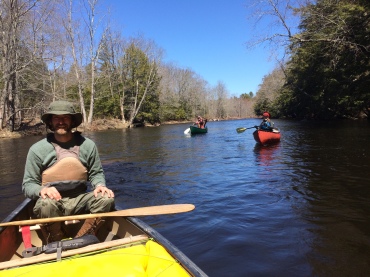 My first ever river run with Will was in April of 2017 and we unknowingly floated past what would eventually become our backyard, watching adolescent fox play in the emerging underbrush and pushing icebergs downstream ahead of us with our paddles. We took on the waves with success and navigated down 8 miles of crisp river; I must have done alright because that wasn’t our last paddle trip together.

We have paddled down the Carrabassett River more times than we can count, and take on the infamous Dead River in rain and shine. We have spent afternoons paddling down the West Branch of the Penobscot River. We have paddled the Union River, Androscoggin, Kennebec, Sheepscot and Sandy Rivers and we have paddled on countless lakes and ponds, seeking out the best campsites available and watching as the last rays of sun fade into the surrounding mountains.

Processed with VSCO with f2 preset

We have raced a few races with Maine Canoe and Kayak Racing Organization, winning some separately and together. We have paddled numerous rivers with many of our friends, and done trail work for Northern Forest Canoe Trail. We have loaded up the boat with dry sacks stuffed with overnight gear, paddling out to islands in the surrounding lakes, as well as those apart of the Maine Coast Heritage Trust. We have laughed, cried, yelled, hooted and hollered, screamed and fought…but in the end all you do is keep on paddling.

This is a love story after all.